I’d like to say that it’s unusual for us to wait this long to get Fortuitous covered up for winter, but this is about par for the course. It hasn’t been freezing or snowing though, so we got away with it again.

The first year we had the boat we bought a tarp to cover her up for the winter. We went with an expensive brown one instead of a cheese-ball blue one (I still find it hard to believe that the convention for color/thickness holds up, but in my limited research it generally does) with the hope that we could get a couple seasons out of it. Despite the brownness, however, our tarpaulin technique left a lot to be desired, and when the first nor’easter blew through about a week after we’d put it on, it got shredded. We’d tied it to the trailer, which I suppose let wind get under it and pull the grommets out. It must have been a spectacular sight when it was fully engaged, like one of those inflatable dancing guys in front of a car dealership, but in this case just an amorphous 25 x 16ft moshing turd.

The next year we got a really nice fitted cover, which does a much better job. The only problem with that is that it only works with the mast up. We unstepped the mast at the end of this season for the hurricane, and didn’t bother to put it back up…partially out of the usual laziness and partially to make it easier for the marina to move the boat around if necessary, since they’re still dealing with the aftermath of Sandy and might need to do some jockeying.

So we went down to the marina today with a new brown cover, 100ft of parachute cord, and a loose plan to keep this one out of the mosh pit. Rather than tie it to the trailer, we tied it to itself under the hull, lacing it up like a giant football. This should be a more aerodynamic configuration, and will hopefully get us through until spring. This description probably sounds like it was a neat and tidy job, but eh…we did our best. I don’t feel like putting it up for too much scrutiny, so I’ve decided to follow the lead of the cool kids and fake-Instagram the hell out of these photos.

Here’s what our 1987 Catalina 22 would have looked like if we could have taken a picture of it in 1974 with a Land Camera and then left that picture on a desk in front of a south facing window until now. 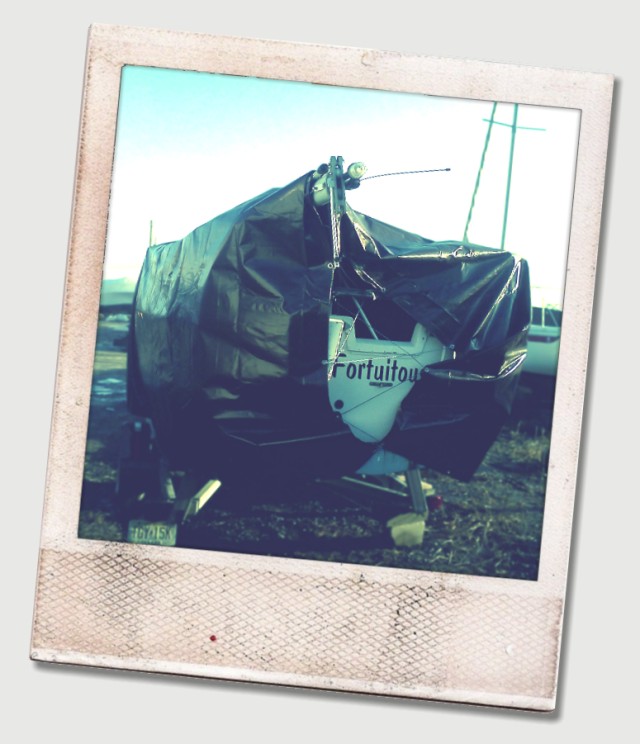 The year was 1865. Daniel Day-Lewis’s Lincoln was having Academy Award-level issues with the war, the legislature, and his boat cover. He and Mary Todd took their 2006 GMC down to the shore to unwind and snap some candids with their weird accordion camera. Cue the fiddle and the slow pan. 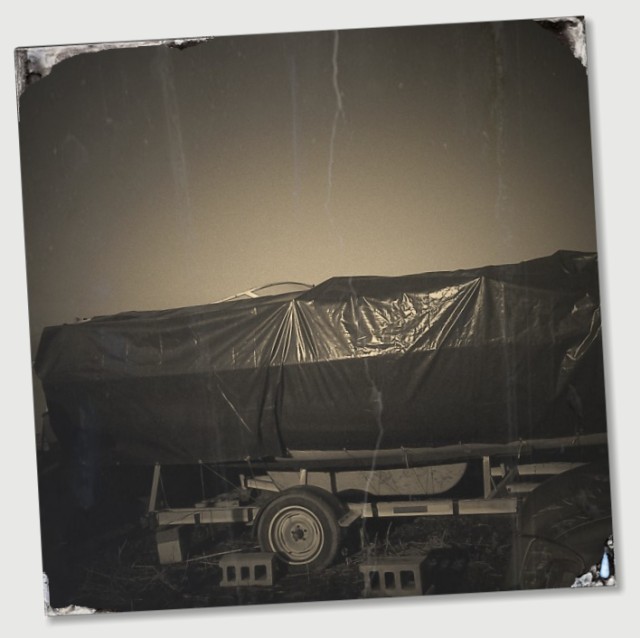 Anyway, we got it done. And I still don’t get Instagram.

Trixie’s is looking a little better, but there’s still a lot of work to be done. The destruction didn’t recede with the water and news crews, and they’re probably still months away from full recovery. I took a couple pictures of the marina and will post them in the native crappiness imbued by my telephone’s camera. 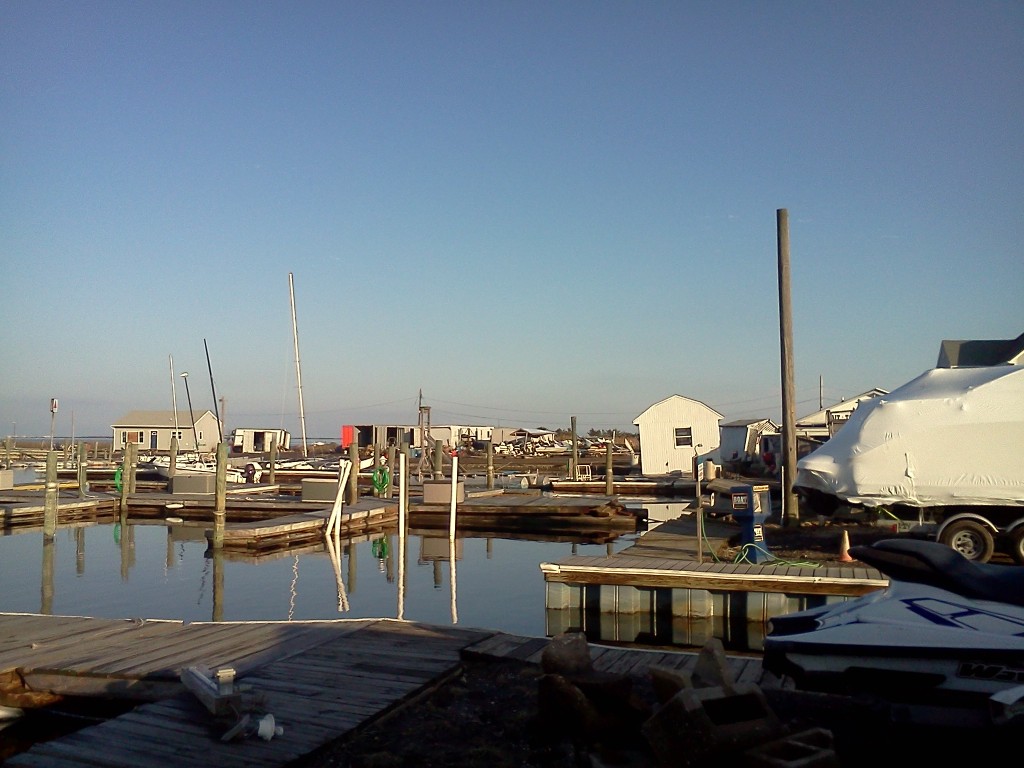 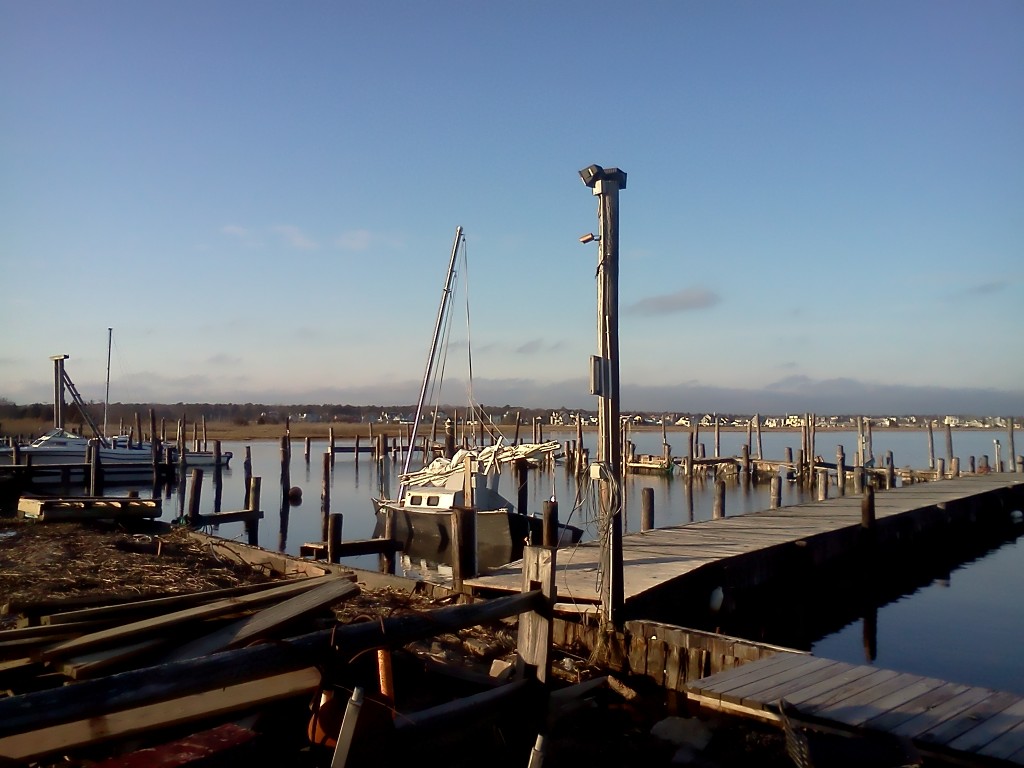