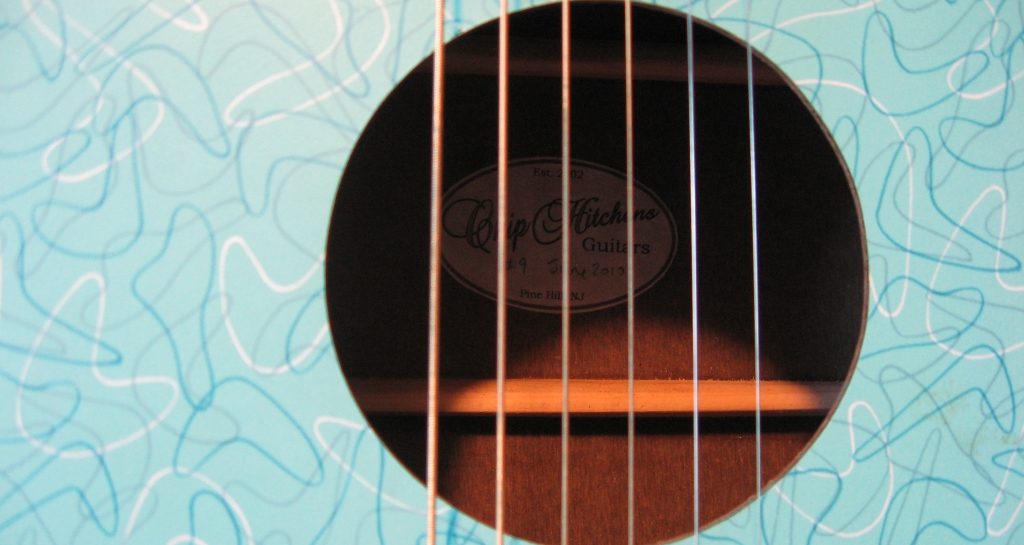 Winter is already drag, and it’s still technically autumn. I don’t necessarily believe in seasonal affective disorder, but I’m going provide myself with a little figurative light therapy by thinking about boat things.

In addition to sailing, I also make musical instruments. I made my first guitars in our apartment before Jen and I were married. It has been theorized that this was a test on my part—that I was seeing if Jen was prepared for my particular brand of obsession by usurping our kitchen table for months and covering every horizontal surface of the apartment with a solid quarter inch of sawdust and purfling shavings—but I think Jen would be the first to tell you that I can not plan that far ahead. Regardless, the guitar turned out great. There are things I’d like to change about it, but it’s still probably my favorite guitar.

I’ve since built a bunch of stuff. A lot of it is experimental, or just plain dumb, none of it is really suitable for the marine environment. For a guitar to be loud and responsive, the top is usually built from a thin (but stiff) piece of wood with a high strength-to-weight ratio, like spruce. The back and sides are almost equally thin hardwood (traditionally mahogany or rosewood) and the whole instrument is held together without much in the way of mechanical fasteners—just glue. The finish on a well-built guitar is also as thin as possible to not stifle the sound-producing vibrations. Several hundred years of lutherie has given us a pretty clear recipe for how to make a guitar sound good, but the resulting instruments are susceptible to damage from excessive heat or humidity.

I wanted to build a beater guitar that I could take on the boat without fear of it warping, falling apart, or getting dinged up. While the design is more or less traditional, the materials are not. 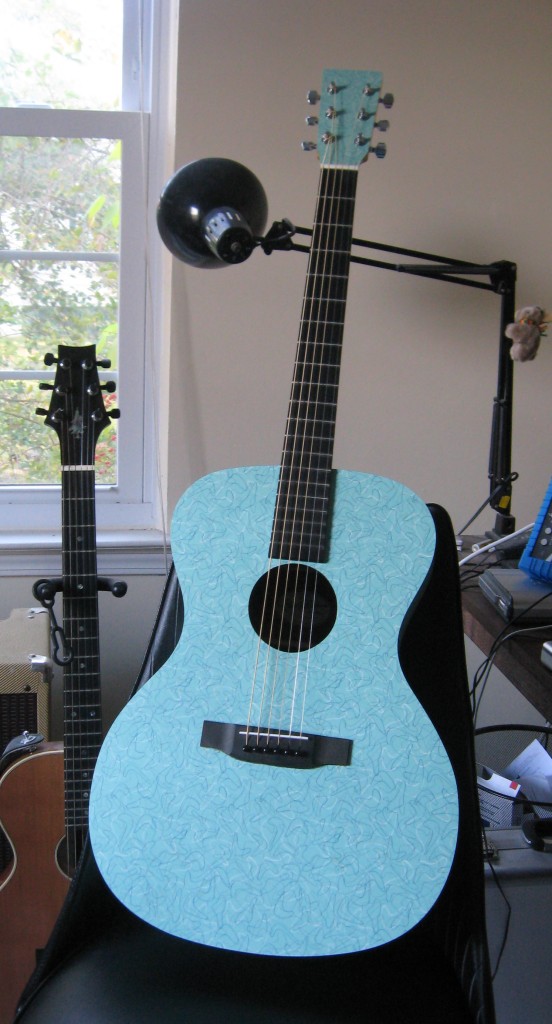 Like an old diner booth, it’s Formica. I got the idea from Bill Macrone’s “Formicaster,” although that’s an electric and I wasn’t sure how it would work for an acoustic instrument. As a material, it’s a bit of a mixed blessing. It’s easy to bend over a heated pipe, it glues well (at least to the back…nothing sticks to the countertop side), and it doesn’t need any finish, but it can also be unforgiving. Things need to fit exactly because they can’t be easily sanded flush. Any sanding on the surface will blow through the color layer, and it’s irreparable.

The neck is technically wood, but it’s something called Stratabond which is made from a stack of thin boards that have been glued together so it’s incredibly stable, and it’s also finished in polyurethane. The bridge and fingerboard are Micarta, which is another formulation of high pressure laminate instead of the traditional ebony. The only “normal” wood on the guitar is the braces, which support the top, and the kerfed linings that give a little more gluing surface where the top and back meet the sides. Even the frets are stainless instead of the usual nickel silver.

So how does it sound? It’s surprisingly guitar-like. It’s lacking high end and it’s quiet and somewhat dead sounding, but it’s fine for a campfire-style singalong. Here’s a sample:

Regardless of the sound, it plays great. While I keep my good guitars in humidified cases, I don’t mind leaving this one out on a stand when it’s not on the boat, and because of that I actually find myself playing it more than anything these days. I’m hoping to make a smaller, even more portable version over the winter, now that I know it works. 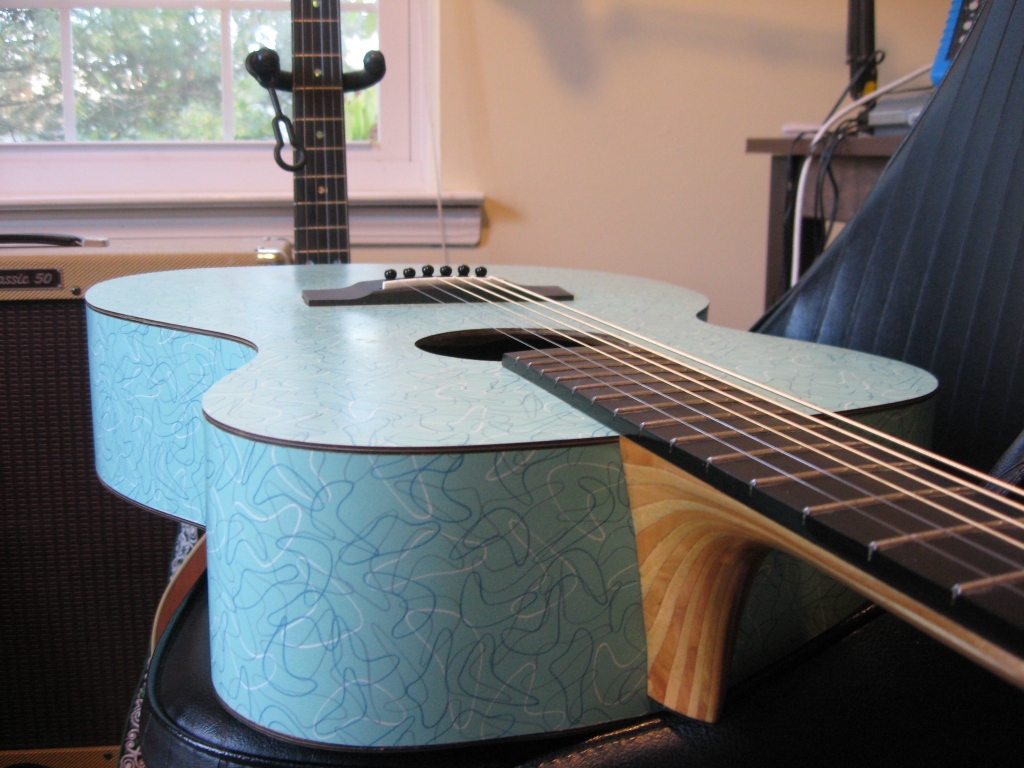