We decided to run away on short notice for Jen’s birthday. We’re not going to be able to make the Annapolis Boat Show this year, so we decided to go to the one in Newport, Rhode Island.

We have boat show tradition dating back to before we even owned a boat. We usually go down to Newark, Delaware Friday night, catch a University of Delaware home game, and then make the short run down to Annapolis early on Sunday for their huge sailboat show. It makes for a nice weekend at a manageable pace. Although given the depreciation rate of the average sailboat we probably wouldn’t consider buying a new boat, it’s nice to see what’s going to be on the used market in 20 years, and there’s always cheap boat junk to check out.

Neither of us could recall having ever been in Newport so we weren’t sure what to expect. As we came over the bridge, it was clear that it’s a real sailing nexus, with more sailboats on huge mooring fields than we’d ever seen. The town itself is like a theme park rendition of a colonial port. It’s kind of like Annapolis, but perhaps with an even stronger old money vibe. There was a higher concentration of salmon-colored shorts than I thought conceivably possible, and we even saw one old guy wearing the full-on Thurston Howell III uniform. I assume his porters and footmen had already moved his trunk of cash aboard in preparation for his three hour tour.

The boat show was probably the same size as the one in Annapolis, but Newport’s is split between sail and power, so the relevant portion to us was much smaller. As expected, they were certainly geared toward the salmon shorts crowd, with few boats under 35′ except for a few dinghies and big expensive daysailers. We toured the Seawards, the Hunters, the Catalinas, and an Island Packet motorsailer, just to round out the fleet, but we didn’t break out the checkbook. My generally conservative tastes in boats were confirmed—there were a lot of new designs, but not much in which I’d want to take to the seas. 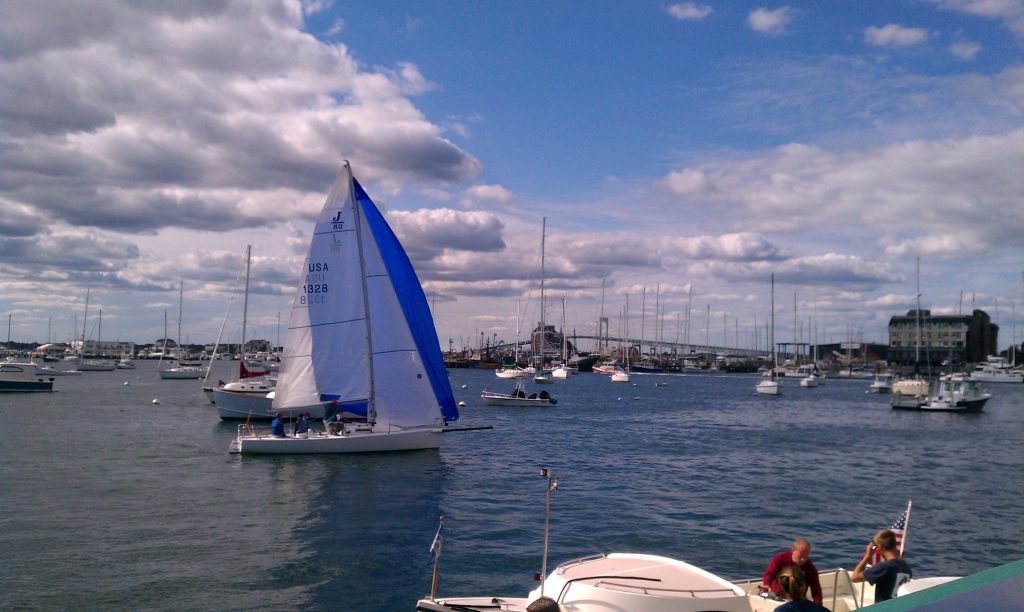 The weather was perfect and it was tough to go inside, but we did wander through the vendors’ booths. I spent a lot of time checking out the Portabotes, and we sat through a demo of some kind of wire twisting tool.  After watching two people win dinghy anchors for answering ridiculously easy nautical trivia, we were only able to come away with a caribiner based on our lack of Caribbean island knowledge and a questionable interpretation of “flying headsail.” I was interested in trying on foulies, and a boat show is a great place to do that. I loved the Gill stuff, but eventually settled on a West Third Reef (which is made by Gill and identical to their coastal jacket with a little less awesome color scheme) because the price was just too good to pass up.
Other trip highlights included:

I don’t think Newport will supplant our Annapolis tradition, but we had a good time and it was nice to get away for the weekend.  It definitely satisfied our show jones. 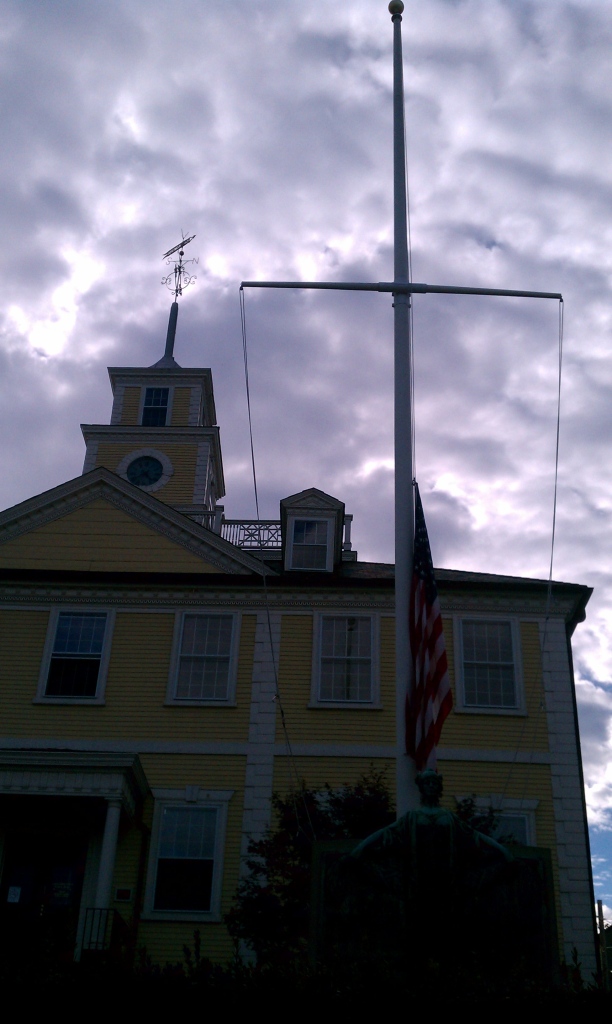