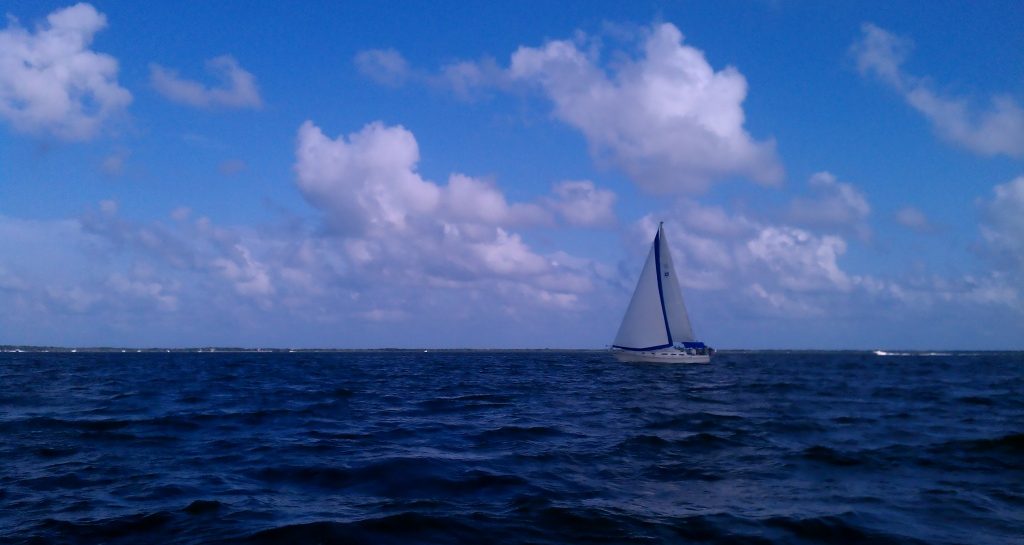 I feel like we’re getting better at sailing. I’m not sure what it is exactly, but we have a certain respectful confidence and we certainly sail a hell of a lot faster.

On a completely unrelated note, I’ve sometimes wondered how big our genoa is. It came with our furler (both were used), and we were told that it was about a 135. I had never simultaneously had the inclination and the means to measure it, but we had it home so that I could Speedy Stitch a part of the UV cover back on, and I decided to calculate its size. This required way more geometry than I expected, given that I don’t trust my protractoring or right-angle-eyeballing skills nearly as much as I do my ability to measure the luff, leach, and foot with Jen’s help. If this math is right, it’s closer to a 150. No wonder we reef it down so much. Anyway, I wanted to get this boring stuff out of the way before I got on with the log.

But back to the log entry, we didn’t have any particular goal in mind for our sail this weekend. There was a steady breeze from the east that was kicking up plenty of whitecaps and we decided to go south for no particular reason. Roaring down on a beam reach the keel cable was screaming—according to Jen’s telephone, we were hovering around 6kts. We wound up all the way down by the town of Barnegat, past marker 42, where we heaved to and had some lunch. 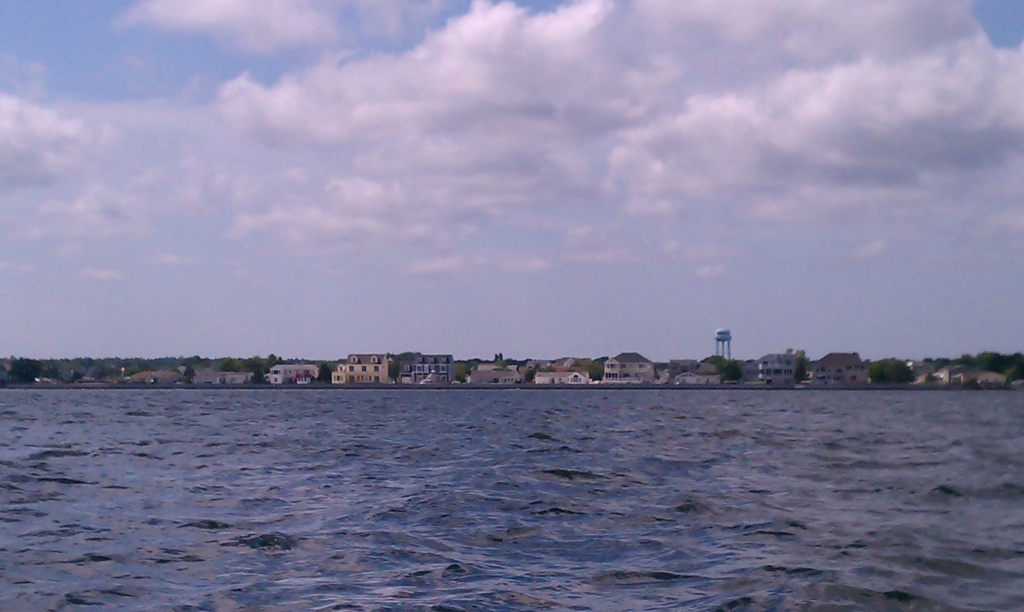 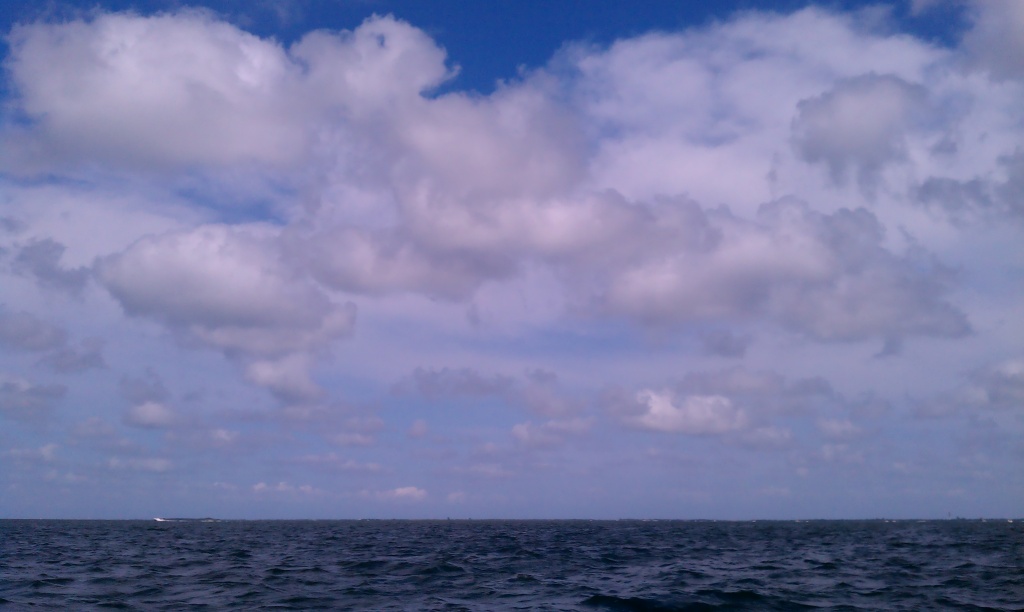 We tend to simplify the geography of the bay as if it ran exactly north/south, but it’s actually at a bit of an angle. With the wind coming from due east, sailing north parallel to the barrier islands is actually a close reach. If the wind is up and the boat’s forward motion is factored in, the apparent wind can put you nearly close hauled.

Now I know that sailing in 15kts+ is not world-class, death-defying sailing, but in a light boat with a light keel, it can be a ride upwind. There was a time when we might have reefed the main or doused the jib, but we didn’t this time. We already had the main halyard as tight as she would go, and I made sure that the outhaul was fully on. I cranked down on the backstay. Jen got up on the cockpit coaming, I sheeted in, and we were off.

The mainsail looked like steel. We punched through waves and boat wakes, sailing too stridently to get bogged down. We were hauling. The boat was well balanced with essentially neutral helm; all that was required in the gusts was to slightly squeeze the tiller in anticipation of the nudge to weather. I found myself actively thinking about balance—all of the ridiculous vector math with the sails splitting the air and the keel pushing off the water, where everything cancels out except for the boat screaming through the plane where the atmosphere meets the sea. Fortuitous was in the groove.

…which may have contributed to Jen throwing up. Not sure what’s up with that, but hopefully it was a one-time thing.

We passed another boat, although to be fair I think it was mostly because we sailed a better line to the mark. Still, we have 19.5ft of waterline and a Pearson 36 has 30, so they get added to our growing collection of “You Got Passed by a Catalina 22” photos.

I’m possibly over-romanticizing it, but I do feel like we’re getting better at sailing. We’ll likely need every ounce of skill in our next adventure, so stay tuned.