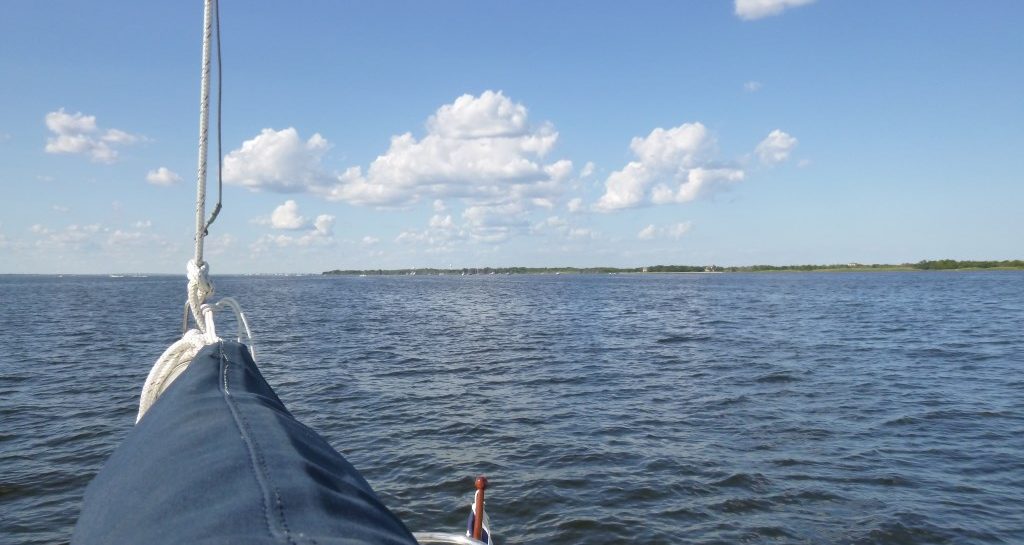 “Is that Governor’s?” I asked, gesturing across the bay to the line of boats along the opposite shore.

It’s remarkable that we still don’t know exactly where it is. We’ve been to Governor’s Mansion probably a dozen times, although we never seem to go straight there, and I’d never seen it as full. After a long string of hot, humid, thunderstorm-threatening weekends, it seemed like every boat on the bay was out.

The wind was light and fickle, and I had no intention of turning off the engine as we cleared the mouth of the creek. We turned to port to investigate Berkeley Island Cove as a potential alternative to Governor’s. We couldn’t see many masts from the creek, but as we came around the corner we saw that it was full of small powerboats. A MacGregor 26X was attempting to tow a tube possessing all the hydrodynamic properties of a La-Z-Boy, which accentuated the motorsailer’s already-awkward stance under power. A large cabin cruiser shaped like a pill (nearly as tall as it was long) rumbled into the anchorage with dumb music blaring. We left immediately. 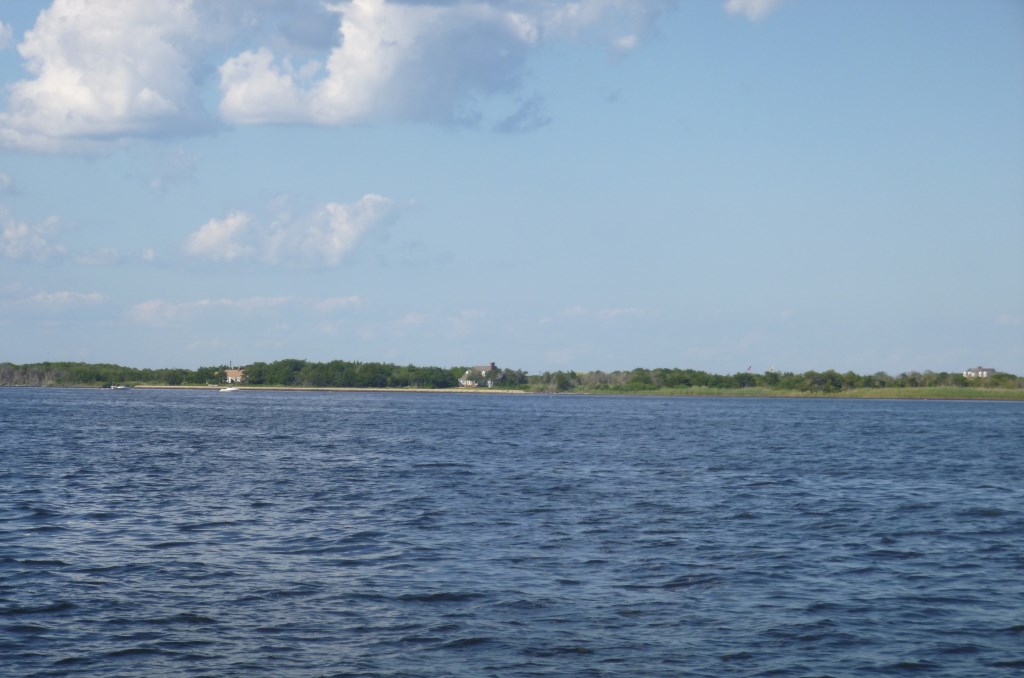 Jen got out the chart and called out the headings to avoid the shallow spots between our position and Governor’s Mansion, and I sailed to the compass. When we got closer, it was clear that almost every boat was crammed into the northern end of the anchorage, as usual. We eased into the southern end and anchored 100 yards from a center console fishing boat, which soon left, leaving us basically alone.

We then commenced with swimming, smooth music, and general high-quality boat lounging.

I think the wind clocked through 270° while we were there, eventually freshening up to 10 or 12 knots from the northwest by the time we decided to head back. We didn’t feel like prepping the main, so we sailed on just the jib, still making speeds in the low 6s as we sailed into the setting sun.

We almost didn’t go—hot, no wind, a general lack of motivation, things to do around the house, yadda yadda—but I was glad that we went. There are plenty of ways to enjoy the boat, and a lazy day at anchor can do wonders to re-calibrate your perspective. 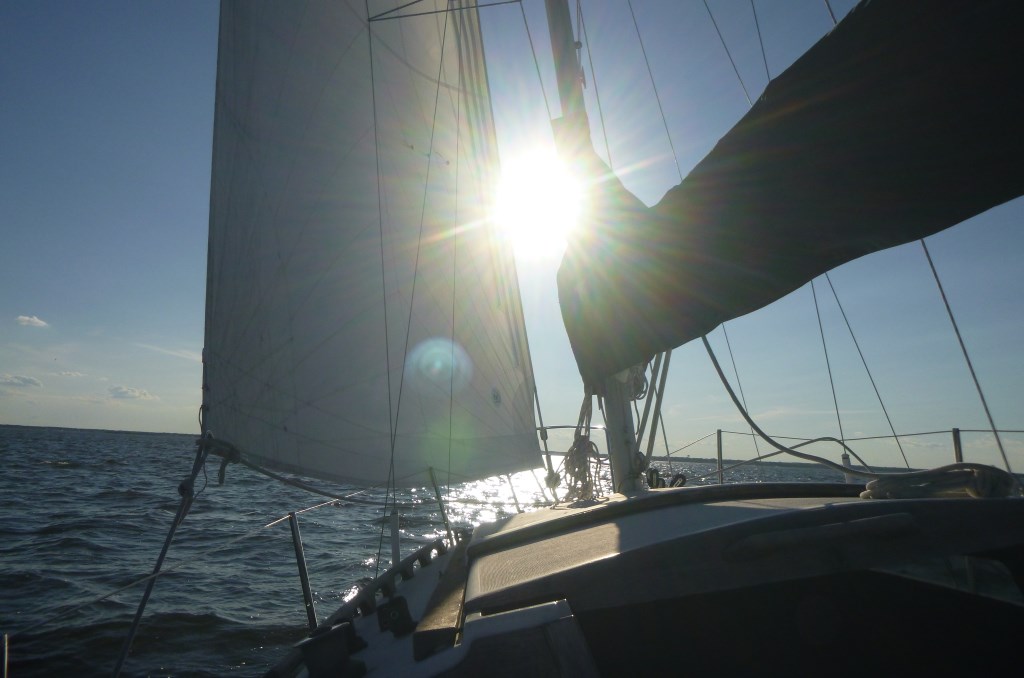