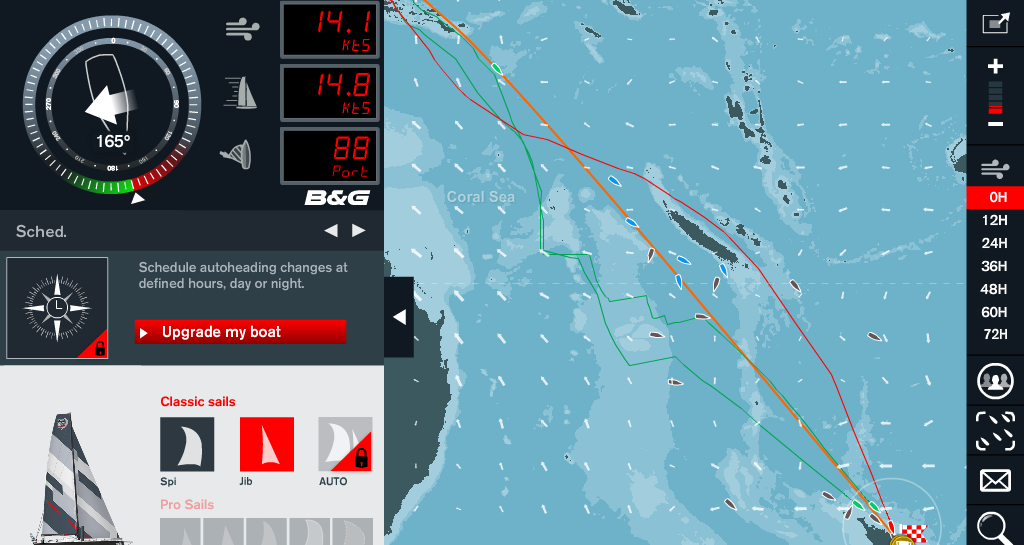 Yes, there’s more snow in the forecast. It’s just rain at the moment, but we’ll supposedly slip under the freezing point again tonight and we’ll get another 6 to 8 inches. The existing layers of compressed snow, measurable sleet, and ice from freezing rain have resulted in the minor glaciation of the bulk of my property, proportionate to my waning interest in tending to it. Now I’m under a winter storm warning, a state of emergency, and a general state of disillusion with this latitude.

One of the things that has kept me going over the winter has been my constant companion and tormentor: the Volvo Ocean Race Game. On October 11, 2014, seven boats left Alicante, Spain on a 38,739nm race around the world. The Volvo Ocean Race (formerly known as the Whitbread Round the World Race) is a demanding test of skill and endurance, raced on identical boats over 9 legs that take sailors on a winding world tour. At the same time that these real boats left Spain, 180,000 or so virtual boats also left port in the online game version of the race.

The game is deviously simple. All you can control is your heading and your headsail selection. The issue is that it’s in real time—the boat moves in real time, in approximately real wind conditions, and it can take weeks to knock out a 6,000 mile leg, sailing 24 hours a day. This means that there’s a lot of time, like when I’m sleeping or working, when no one is at the helm. Fortunately, there is no penalty for slamming into an island at 17kts other than lost time. You can pay to upgrade your boat with automated course changes, as well as additional sails, the ability to automatically sail to a wind angle rather than a compass heading, and other goodies. This is a little disappointing, considering that one of the tenets of the real VOR race is to level the playing field by making it a one-design race rather than a tournament of who can spend the most money, but I guess they have to get paid to host this thing. I have no intention of spending actual money though, and neither do my online sailing buddies, so while we have little chance of winning a leg outright we can still race fairly against each other. 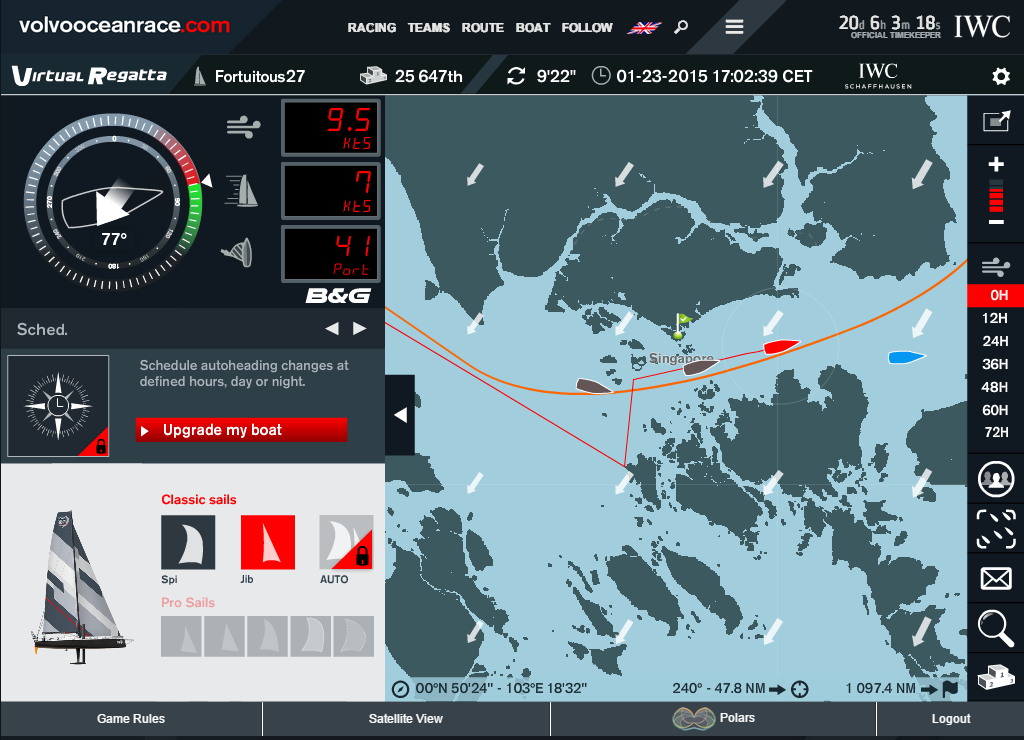 I haven’t really had a great race so far. It took me a long time to get used to the tactics of racing a downwind machine. For the longest time I was trying to do things like sail the shortest course, but that just doesn’t work. It’s often well worth it to go out of your way to generate speed in these boats, as long as you’re making progress in at least one useful direction. I got DNFd on the first leg…more of a mercy rule really, since I was still several hundred miles off of Cape Town by the time the second leg started. I was automatically advanced and started to get the hang of it a little bit on the leg to Abu Dhabi, but still couldn’t catch my friends. On the third leg, I threw in a couple good tacks while sailing upwind through the Strait of Malacca and stayed on the windier side of the course, which allowed me to pass Bill before we got to Singapore. I held on to that lead into Sanya, China, but found myself behind again through much of the leg to New Zealand. With 1,500 miles left to go, I realized that I’d never beat Bill and Paul if I just followed them through the Coral Sea a hundred miles off their sterns, so I made the decision to ride the flow east past New Caledonia, where I could then swoop down on Auckland, sailing fast with the wind on the beam, and I finally came in before them, in 13,817th place overall. 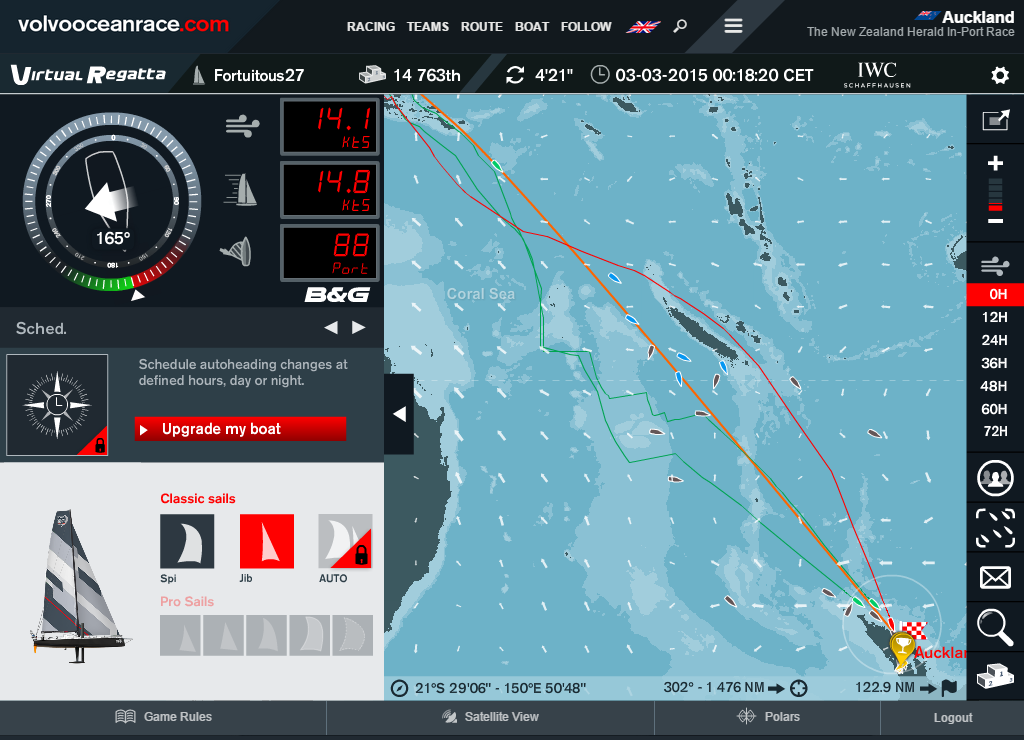 Ok, so it’s not the most interesting thing ever. I am learning some geography and it makes me think about racing tactics, however far removed they may be from the real world and the type of sailing that I actually do. At least it’s keeping me from becoming a broken record regarding the snow. We sometimes have to look for the minor, asterisk-laden victories…like the fact that my Rumors record is scratched on a Christine McVie song.